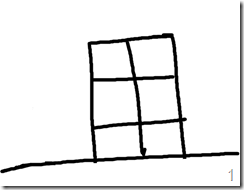 Let me start by drawing a basic building. I know, buildings don’t look like this, but engineers see them like this skeleton. During  earthquake, buildings are damaged as if it is pushed by a load. 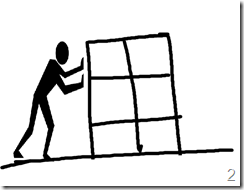 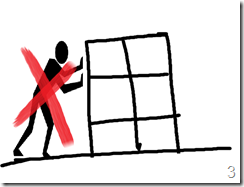 In reality, nobody pushes the building. It is actually the ground that is moving. 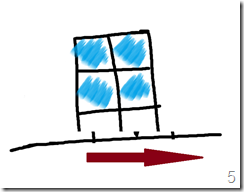 When ground moves in one direction during earthquake, the heavy building doesn’t want to move with the ground. (It is Newton’s Law, if you want to investigate further.)

A light building can easily move with the ground but, a heavy building tries not to. Once ground moves, the building has no choice but to move with it. 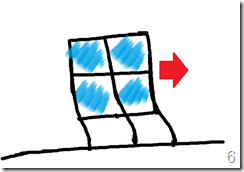 As the building settles in a new position; the ground moves in the opposite direction, creating another cycle. 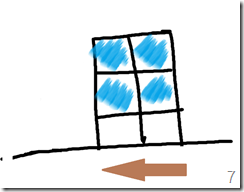 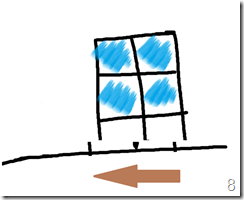 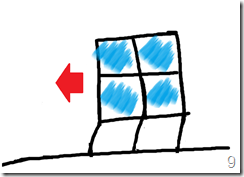 The whole building is actually dragged by earthquake in each subsequent wave of shaking.

So, heavier your building is, earthquake damages it more. Light structures are relatively less damaged by earthquake.

This explains why empty overhead water tanks were not damaged but, tanks with water in them were damaged in the earthquake.

If you still don’t get the concept, please feel free to ask in the comment. I will be glad to answer them.